Just finished watching Naruto, and am looking to continue to awesome series with Naruto Shippuden?

Great choice – you’ll definitely have tons of fun. But, first, you probably have one question – can you watch Naruto Shippuden on Netflix?

Well, we have good news and bad news. The good news is that yes, you can watch the anime series on Netflix. The bad news is that you can only watch it in seven countries: Belgium, Brazil, Canada, France, Germany, Japan, and Switzerland.

Don’t believe us? Then head over to StreamCatcher to check for yourself. It’s an online service from ProPrivacy that tells you which countries have which Netflix titles. Just look up Naruto Shippuden and you’ll see it’s only available in the countries we mentioned above. 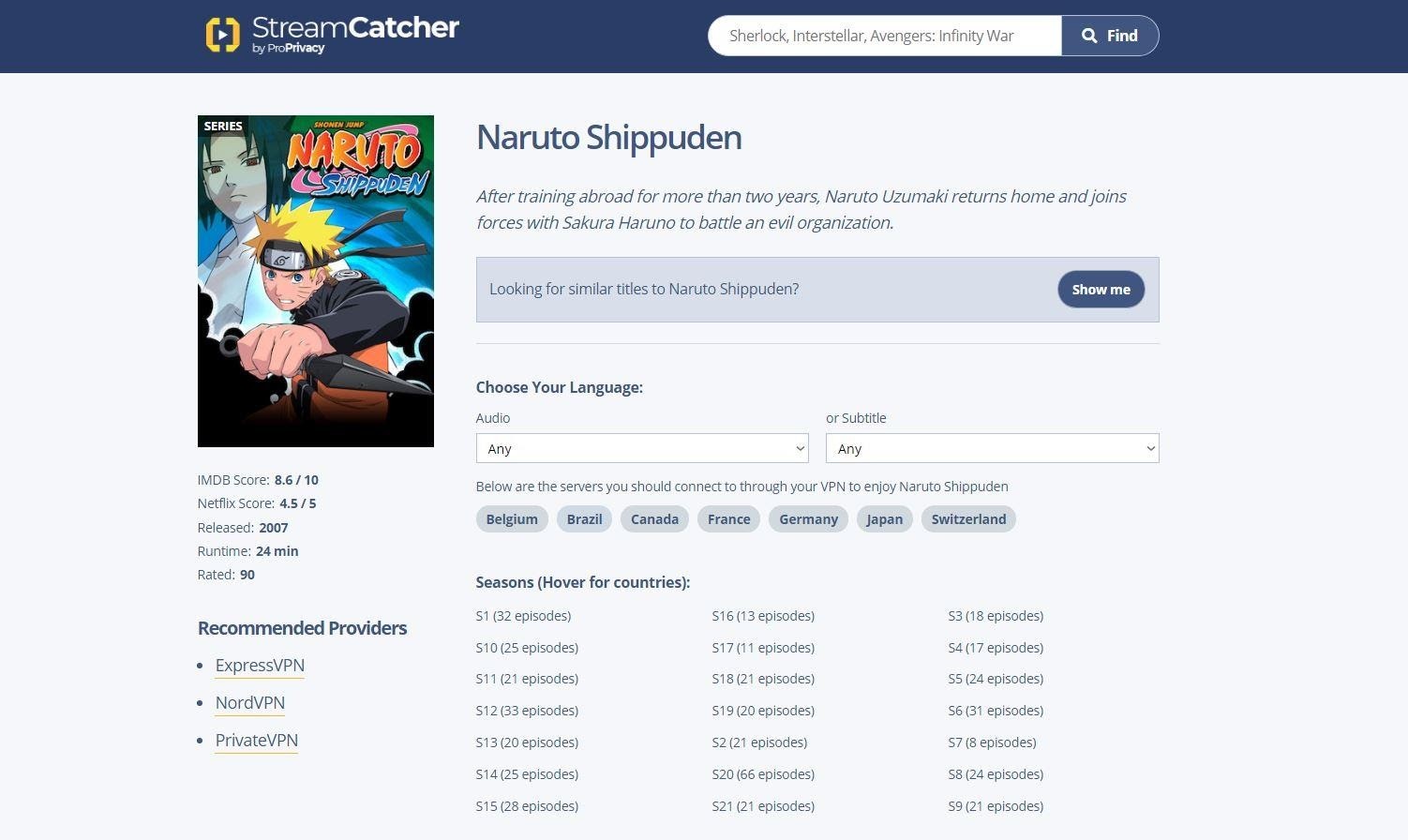 Even worse, some countries don’t have all the seasons – like Japan, Canada, Germany, and Brazil.

Want to know why? And find out how to unblock the series so that you can watch in on Netflix without having to get a subscription to a different streaming site?

You came to the right place then! We’ll tell you all you need to know in this article.

What’s Stopping You from Watching Naruto Shippuden on Netflix?

Geo-blocks, basically. Netflix uses them to control what movies and shows you can and can’t watch on their platform. If you’re from certain countries, you might not be able to watch everything you want.

Because Netflix doesn’t have licensing rights for your country. So they can’t legally stream shows like Naruto Shippuden there. Don’t forget – they don’t own this anime series. Due to that, they need to license it from the copyright holder.

Netflix obviously tries to get global licensing rights whenever it can, but they’re not always able to do that. They probably couldn’t do that for Naruto Shippuden due to one of these reasons:

How to Unblock Naruto Shippuden on Netflix

The easiest thing you can do is use a VPN – an online service that hides your IP address and encrypts your traffic. The first part stops Netflix from seeing your geo-location, and the second bit makes sure nobody can spy on your traffic.

All you need to do is use a VPN server that’s in a country where Naruto Shippuden is available. Netflix will think your traffic is coming from that region and will let you watch the anime.

We recommend using a server in Switzerland, France, or Belgium. All Naruto Shippuden seasons are available in those countries. Ideally, you should pick the country that is closest to you to get the best speeds.

How to Pick a Good Netflix VPN

Well, the main requirement is for it to actually unblock Netflix 24/7. That means you shouldn’t see the Netflix proxy error very often. If that happens, it means Netflix detected and blocked the VPN you’re using.

Besides that, the VPN also has to offer smooth speeds, unlimited bandwidth, user-friendly apps, and good security.

How do you find a provider like that, though?

Don’t worry – you won’t need to spend countless hours doing research and comparing VPNs. We’ve done all that for you! After tens of hours spent testing over 30 VPNs, we came to the conclusion that these are the best Netflix VPNs:

How Do VPNs Actually Unblock Naruto Shippuden on Netflix?

Most articles just say “they hide your IP.” That’s true, but the answer is too vague, and there’s actually a bit more to it. Here’s a quick overview of how it all works: 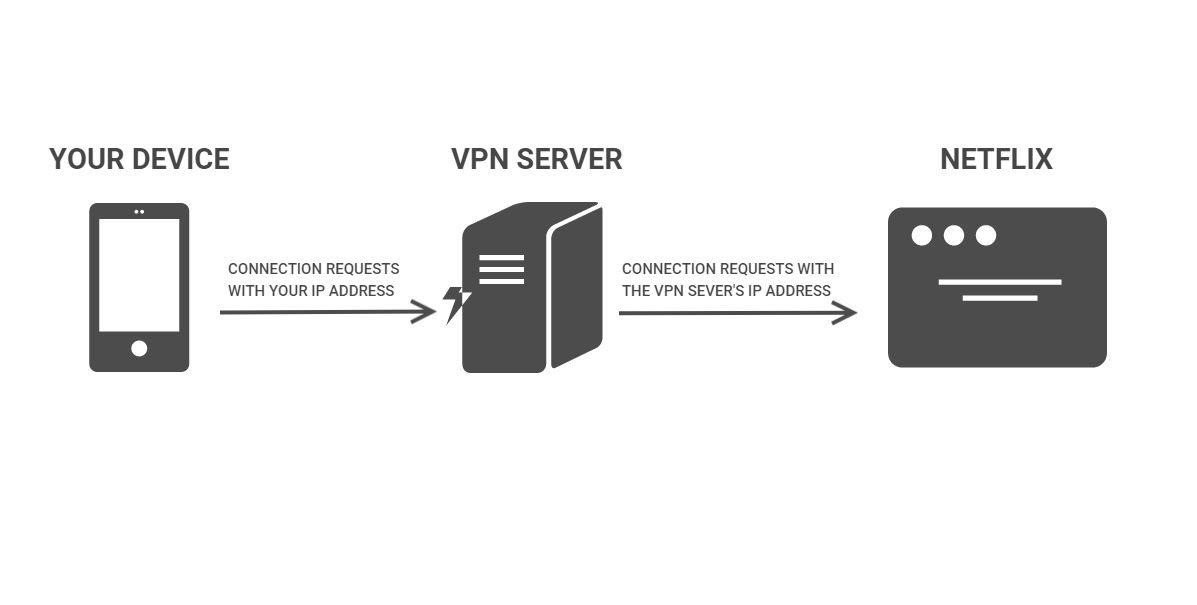 And that’s about it. It sounds complex, but the whole process happens in the background in less than a second or two. On your end, you’ll just connect to the VPN server, head to Netflix, and start watching Naruto Shippuden.

Can You Unblock Naruto Shippuden with a Free VPN?

While free VPNs are attractive, they’re not good Netflix unblockers. The main issue is that Netflix will easily detect them since they don’t have enough money to refresh their IPs very often.

And that’s not the only problem. Besides frequently seeing the Netflix proxy error when using a free VPN, you also have to deal with these annoyances:

While Naruto Shippuden is available on Netflix, you can only watch it in a few countries. Luckily, you can bypass that issue by tricking Netflix into thinking you’re from one of those countries. Just use a VPN, and you’ll be able to unblock any show or movie you want on Netflix!

Did you try this method? Or did you use other unblocking services to watch Naruto Shippuden on Netflix? Please let us know in the comments below. 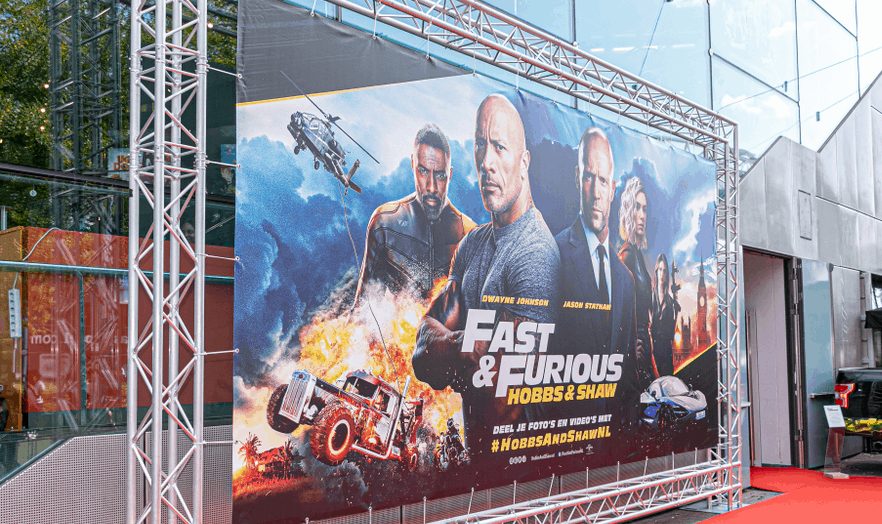